Diagnosis Ewing Sarcoma (twice)
Symptoms Broken bone, lump, and bone pain
Treatment Plan Chemotherapy, surgery, and more chemo
What do you do for fun? Draw, Pokémon, play video games and play with his dog, Maple
What do you want to be when you grow up? Paleontologist
Favourite Superhero? Spiderman 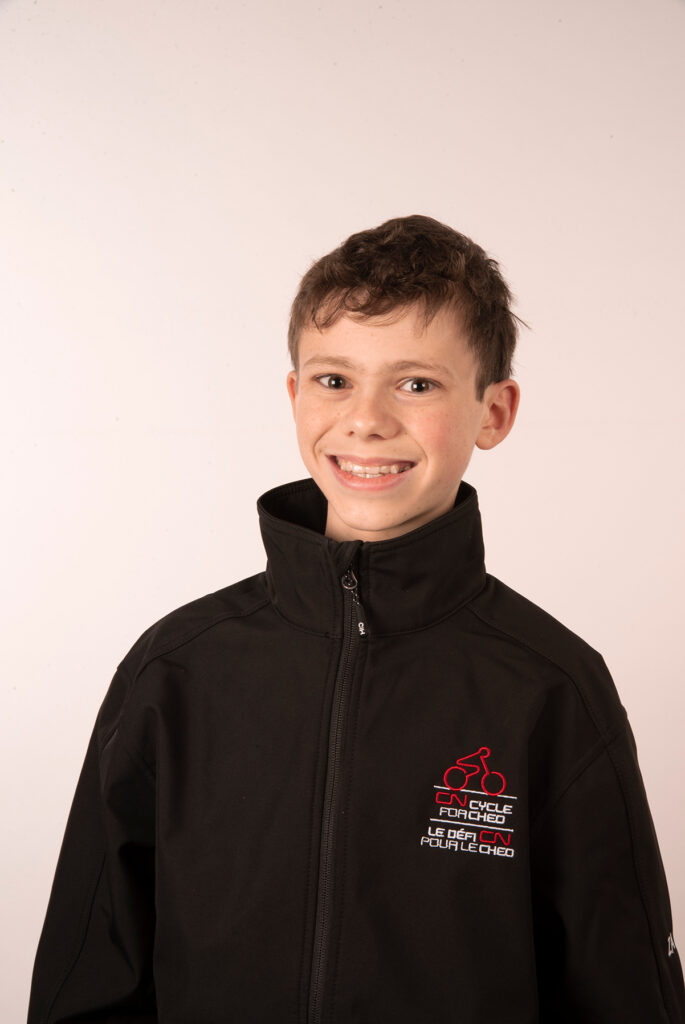 Zach Rogerson has a unique perspective on life. Not only is he the youngest of five children but he has faced cancer twice. Zach’s first diagnosis came when he was 18 months, and again at 12 years old. Both times it was Ewing Sarcoma, but not a relapse, each case is different. On top of that, his second diagnosis in September of 2019 was before anyone had heard of COVID-19, but his treatment journey would be profoundly affected. Despite the severity of the pandemic and cancer treatment, Zach has met his challenges with real courage.

Ewing Sarcoma is rare in infants, but after his parents noticed a lump on his back and seeking help at a local clinic, Zach was taken to CHEO where tests confirmed Ewing Sarcoma that had already spread to his lungs. He underwent chemotherapy, surgery removing half his pelvis, more chemo and then a stem cell transplant. For 10 years Zach’s follow-up appointments with the CHEO team showed no problems. He was a healthy, growing kid. Even as recently as August 2019 his tests were all clear. But in September of that year, he was feeling pain in his arm and his mom noticed a lump. A trip to the pediatrician brought Zach back to CHEO and follow-up tests diagnosed Ewing Sarcoma but with no spread. Age 12 is within the usual age range for Ewing Sarcoma to develop and given Zach’s history both his pediatrician and his parents were able to react quickly. What might have been chalked up to growing pains or a pulled muscle was taken very seriously right away.

Zach’s cancer may have been different, but the team treating him at CHEO was well known to him. He had the same oncologist, Dr. Ramphal, the same orthopedic surgeon, Dr. Werier, and many of the same nurses who have been part of the team on 4North and in MDU. This was a great comfort to the family, Zach’s mom Maureen remembers “we knew them, they knew us, we were really familiar with the team and it definitely helped.”

Having a trusted support network is wonderful, but the treatment for young cancer patients is a grueling marathon. Zach’s protocol started with six rounds of chemo before surgery, each round lasting five days. He was admitted on Mondays, discharged on Fridays, and then had a week off before it all started again. After the first six rounds Zach had surgery to replace his humerus – the bone between the shoulder and elbow – with a piece of his fibula – bone located below the knee. The ability to do a bone transplant with Zach’s own bone was the best option because it brought less risk of infection or rejection.

After the surgery there were 11 more rounds of chemo, but another important change had come to CHEO, something that wasn’t possible 10 years before when Zach was a baby and spent nine months in hospital. For every second round of chemo, that didn’t require extra hydration and special drugs to protect his kidneys and bladder, Zach could return home after his chemo was administered in MDU. Oncology staff at CHEO and around the world have learned how beneficial it is for patients to be at home, to be surrounded by family, pets and their own things. The belief is that kids do better at home, and Zach certainly preferred leaving after treatment, and has said, “I wish people could have their chemo at home instead of at the hospital.” He is committed to fundraising to help others have this option and for everyone working to improve the lives of children facing cancer it is encouraging to see that concrete changes like these make a real difference in the lives of patients like Zach.

Advances in treatment are promising, but nothing challenged the system like COVID-19. Zach began his protocol in a world that was about to change. Patients who were admitted to hospital saw things like the playroom, in-person visits with friends, and the ability to have their whole family by their bedside disappear. This time in hospital was even harder. Zach missed being able to access the playroom and interact with the therapy dogs, like Monty, his special four-legged friend. Child Life Specialists and patients had to get creative, and they did! When Zach was able to schedule an hour of playroom time he and dynamic Child Life Specialists thought up new ways to pass time, including using a microwave to cook treats that were passed out to the staff. Keeping up this focus has followed into Zach’s schoolwork where gym has been replaced with classes in technology and hospitality. The scheduling made these moments possible but with limited access, it was the ingenuity of patients and staff that brought special moments to life.

Zach finished treatment on October 17, 2020 and is in aftercare now. The staff at CHEO are keeping a close eye on him and routine tests and scans continue, managed by many of the same doctors and nurses who have followed Zach his whole life. For now, Zach is looking forward to school and being part of the 2022 McDonald’s Dream Team raising awareness around cancer care and research at CHEO. Zach may have done his first CN Cycle in a trailer pulled by his parents, but this time he will be front and center as an ambassador for all the kids who know changes to cancer care and treatment need support from the whole community.

More of the 2022 McDonald's Dream Team 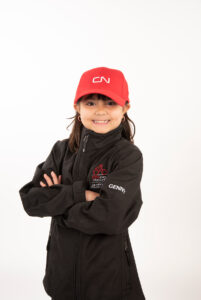 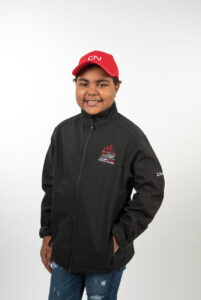 Get Started By Registering Online Today